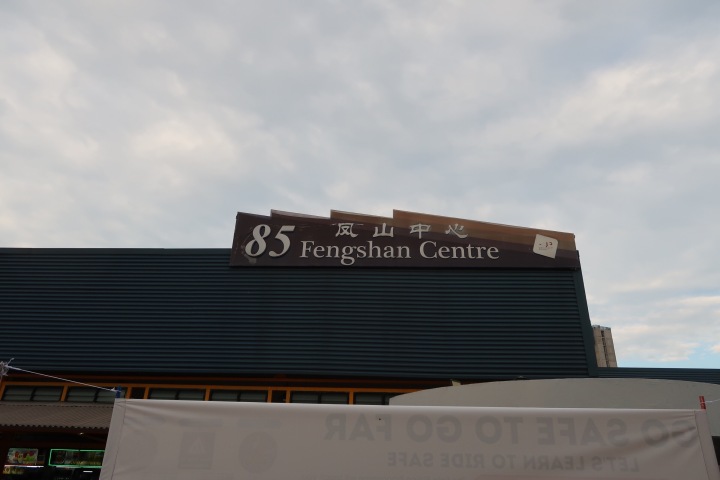 85 Fengshan Centre, or more commonly known as Bedok 85, is home to several widely-acclaimed food stalls that are popular for well.. good reason. Besides the BBQ stingrays lying below beds of spicy sambal and perfectly barbecued wings with their thin yet crispy exteriors and juicy interiors, it also provides shelter for Seng Hiang Bak Chor Mee, a stall which has grown its own fair share of loyal customers. Bak Chor Mee which was originally served up in its soup form, has since evolved over time to gain popularity for its dry version instead. Today, most stalls selling Bak Chor Mee serves the iconic noodles dish in its dry form. 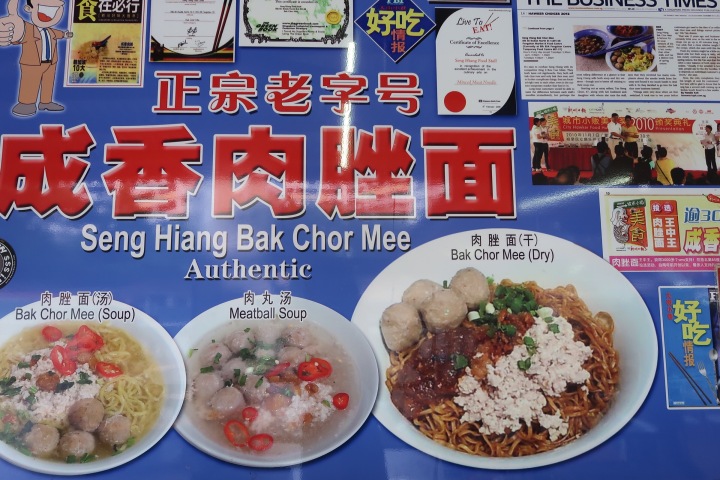 At Seng Hiang, the stall owners started out with the selling of You Tiao (otherwise known as fried dough fritters) and Char Kway Teow (stir-fried rice noodles) but gradually shifted to the selling of Bak Chor Mee and Satay (grilled meat on sticks). Today, the stall just sells Bak Chor Mee in both the dry and the soup version in 2 sizes ($2.50/$3). I ordered the large soup version which was served to my table. Hurray! 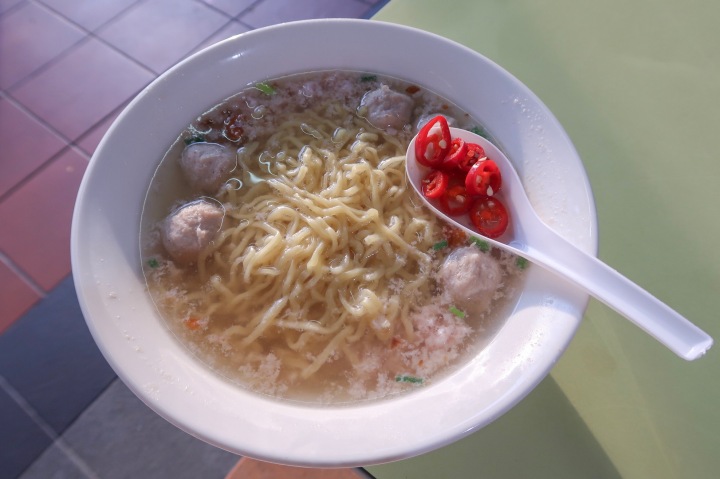 At first glance, the bowl looks pretty unassuming. However, upon my first sip of the soup, I was pleasantly surprised by both the aroma of the garlic as well as the well-roundedness of the thick, flavourful pork broth. Some soups simply taste flat upon the first spoonful while some leaves you hungry for more. The one at Seng Hiang belongs to the latter, for obvious reasons. For the noodles, they lean towards the softer side so fans of soft noodles would definitely rejoice (though I would personally prefer if it was slightly firmer). The pieces of minced meat which dot the dish were cooked such that they almost dissolve in your mouth as you gulp the soup down. Although again I would prefer for them to be slightly harder, the meat pieces complemented the soup really well.

As mentioned above, I would personally prefer firmer noodles and slightly harder pieces of minced pork. Nevertheless, the soup really surprised me with its aroma and the different layers of flavours, so much so that I did not even leave one drop for the pigeons. Try it and you will definitely understand what I mean!