Although Wah Kee has been around for more than 50 years, the Esplanade’s branch, which opened in 2016, is their first restaurant. Known for their large prawns, firm noodles and their hearty broth, it has won the hearts of many food bloggers as well as actor Chow Yun-Fat from Hong Kong.

I finally decided to try the legendary prawn noodles on a Friday evening. Surprisingly, the restaurant was quite empty at 7p.m. However, there was actually a consistent influx of couples and groups of friends coming in every 15 mins or so. 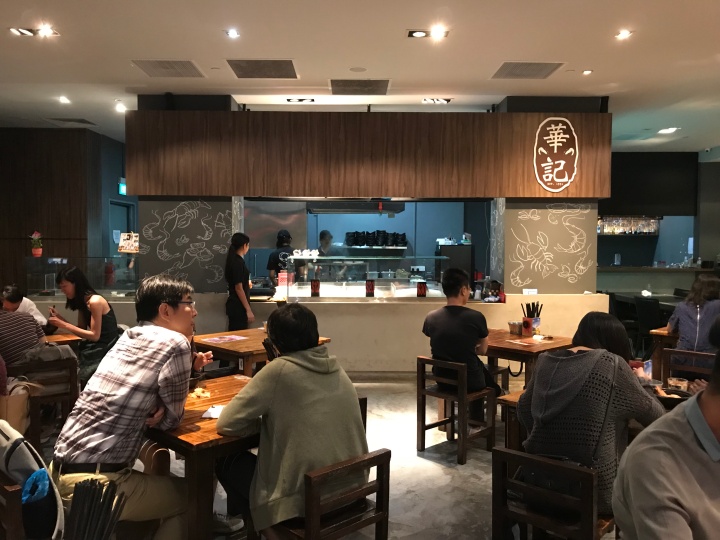 Of course, I had to order Wah Kee’s Signature Big Prawn Noodles (Dry) ($20) to see what’s the hype all about. The service was quite speedy and the prawn noodles came within like 5-10 minutes and it definitely looked presentable.

Let’s start from the noodles. Tossed with kang kong, pork lard, shallots and bean sprouts, the Mee Kia came with a slightly spicy kick. I initially thought that it would be quite difficult to stomach the bowl of noodles down because it looked SPICAEYYY but it turned out to be quite a surprise. The noodles also had a slight springy tendency to it, which really made the eating process a whole lot more enjoyable.

As for the broth, the colour makes it look lethal but upon the first slurp, I realised I overestimated it AGAIN. The broth had a very slight spice to it and although it has a very light taste to it, it was addictive.  With its 3 big prawns, the soup had a robust, round taste to it, offering a lot more layers of taste as compared to your usual prawn soup. Perhaps it is also for the taste of the soup that Wah Kee has earned its fair share of loyal customers over the years. The prawns were plump, and juices spurt out the moment you chomp on one but I personally thought that I have tasted sweeter prawns elsewhere.

It is not a place that I will come to have my prawn noodles every week or month but i’ll reserve Wah Kee for times when I feel like having a good bowl of noodles with extra ingredients as well as for the interesting and robust, balanced taste of its broth.